Sikh Americans have been growing in numbers and Socio-Economic Status in Houston since early ’70’s. In early 2003, there are about 5,000 Sikhs residing in the greater Houston area. Just like other recent immigrants, Sikhs come from all walks of life: medicine, engineering, real-estate, education, business and services. Our religious and cultural heritage, honest and hard work has helped us greatly to create good lives for ourselves in this land of plenty and opportunity. After building three neighborhood Gurudwaras (Sikh Congregational Centers) in 1970’s and 1980’s, Houston’s Sikhs acquired over thirty-three (33) Acres of prime land on North Beltway 8 at Fairbanks North Houston (next to Heron Lakes Golf Course) in late 1999 to build their Regional/National level community and religious campus. Organized under the non-profit corporation called Sikh National Center, Inc.; Houston Sikh community is ready to launch the initial engineering and construction phase of their multi-million dollar, multi-purpose, and multi-phase project on April 19, 2003 with the hoisting of Sikh religious and national flag called Nishan Sahib. This Corporation was organized and registered recently in the state of Texas as a non profit entity under the provisions of US IRC Section 501© (3). It currently owns 20 acres of prime land on Beltway 8 next to Heron Lakes Golf course. Thanks to the generosity of those Sikhs who participated in our 1st major fund raiser during our Baisakhi celebrations three weeks ago, SNC has collected pledges of about $1,500,000 and almost $ 53,000 cash in its bank account. Many local Sikh leaders and others assembled at this future Houston’s Landmark site at 7500 North Sam Houston Pkwy West (North Beltway 8 at Fairbanks N Houston) for the Nishan Sahib (Sikh Flag) Sewa (Service) at 10:00 A.M. on April 19, 2003. Hymns from the Holy Guru Granth Sahib (the Holy Scripture for the Sikhs) were sung by the Ragis (Singers of Sikh Scriptures) just before and during the Nishan Sahib Sewa. Guru’s blessing Prashad (wheat flour?s sweet pudding) was distributed to all participants. A few brief speeches were given on the vision, purpose and planned progress of this major multi-year project. A unique display of the Sikh martial arts called Gatka, was the key highlight of this function which was performed by the Meeri – Peeri (Saint – Soldier) Gatka Dal. Please feel free to contact any of the following Sikhs for further information: Harjit Singh Galhotra (281) 830-5203, Sampuran Singh (832) 455-3977, Hardam Singh Azad (281) 236-9593, Gursharan Singh (832) 863-6500, Gurcharan S. Dhaliwal (832) 287-2736

The Sikh National Center, Inc. (SNC), officially came into existence on March 12, 2003, when the Certificate of Incorporation was issued by the Office of the Texas Secretary of State.

It was born out of necessity because of the rapid increase of the Sikh population in the Greater Houston area of Southeast Texas. We were quickly outgrowing the small, aging Sikh Center Gurdwara. The location was also a concern because a huge landfill was being developed on the property behind the Gurdwara. Recognizing these limitations, a group of visionary Sangat members began to develop a plan looking toward the next 50 years and beyond.

In December of 1999, Sikh Center purchased a 33-acre parcel of land on the North Sam Houston Parkway in the northern part of Houston. Not only did this property provide the necessary room to grow, but it also gave the Sikh community a highly visible presence in this large and diverse city. Part of the vision of SNC is to promote awareness and understanding of Sikhism and our culture. Being in this prime location on a very busy highway has gone a long way toward that goal.

Singh Brothers, Inc., an organization of about 60 of the Sikh Center members, was formed In April 2003 to donate $100,000 toward the acquisition of the property from Sikh Center, and the home of SNC was secured. Their concept of a distinctive, multi-purpose, multi-facility complex was launched to serve as the center for educational, religious, cultural, social, and recreational programs and events for the Sikh community in Houston and beyond.

One of the pillars of the vision of SNC has been to serve and educate the Sikh community’s youth. To that end, construction of the Pavilion was made a priority and it was completed in 2009. In 2014, the temporary home of SNEI – Sikh National Educational Institute – was opened with a class of over 50 children learning the Punjabi language and music.

SNC exists to teach and practice the fundamental human virtues such as humility, submission, equality, service, self-sacrifice, justice, compassion, generosity, fairness, forgiveness, integrity, quality, tolerance, kindness, composure, and courage. Its programs draw from the inspirational history of the Sikhs, their holy scriptures, and the disciplined Sikh ways of life (Sikh Rehaet Maryada). The community of SNC is committed to tending to the dire needs of the oppressed, the sick, the needy, and the hungry. Here, the realization of the full human potential will be pursued boldly with unwavering commitment to excellence in its programs, functions, and activities for all ages, with a special focus on youth. Sikh National Center endeavors to serve as a community hub where Sikhs gather for worship and fellowship, discourse and study of religious, educational, social, cultural and economic dynamics affecting all Sikhs. 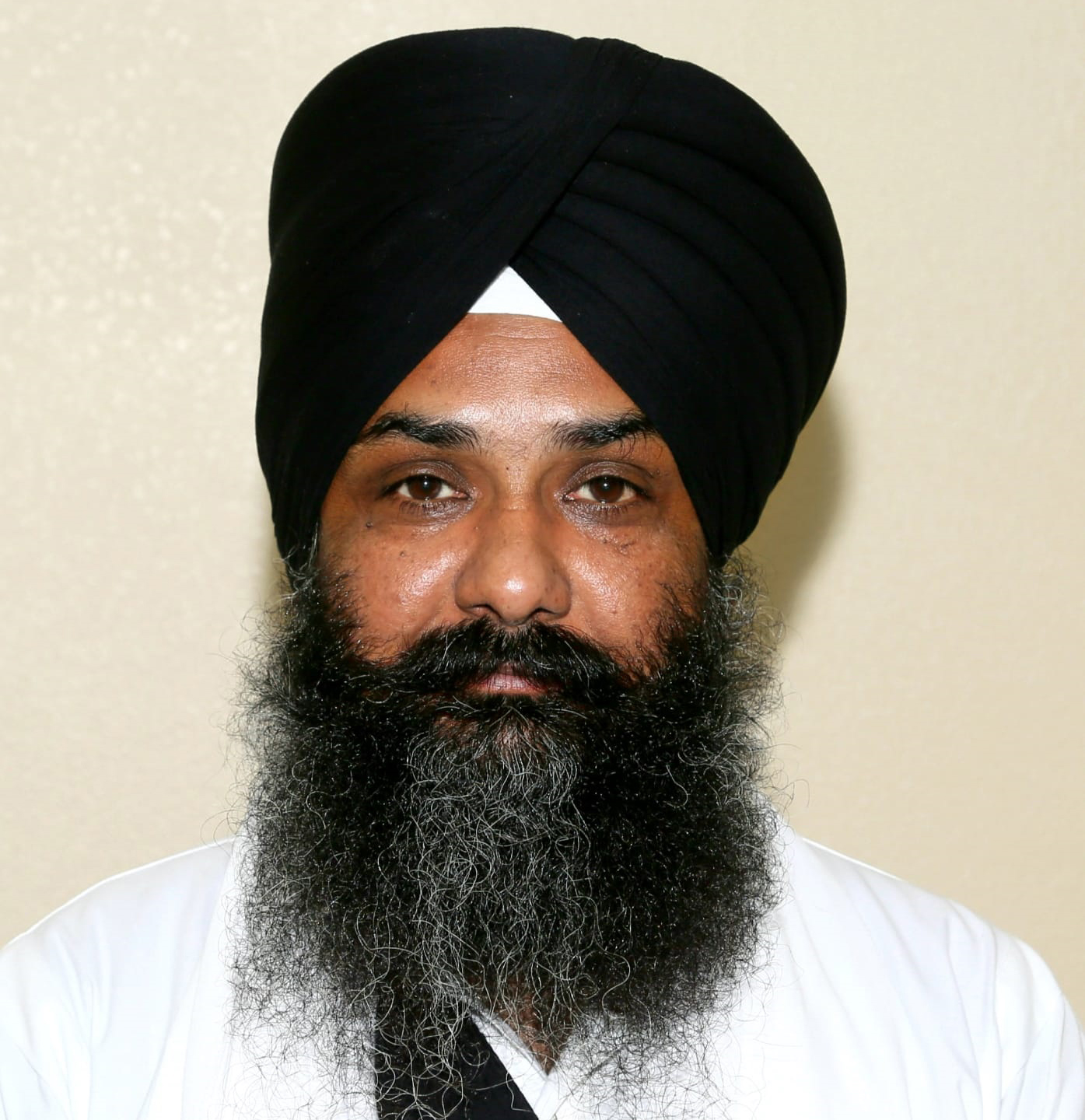 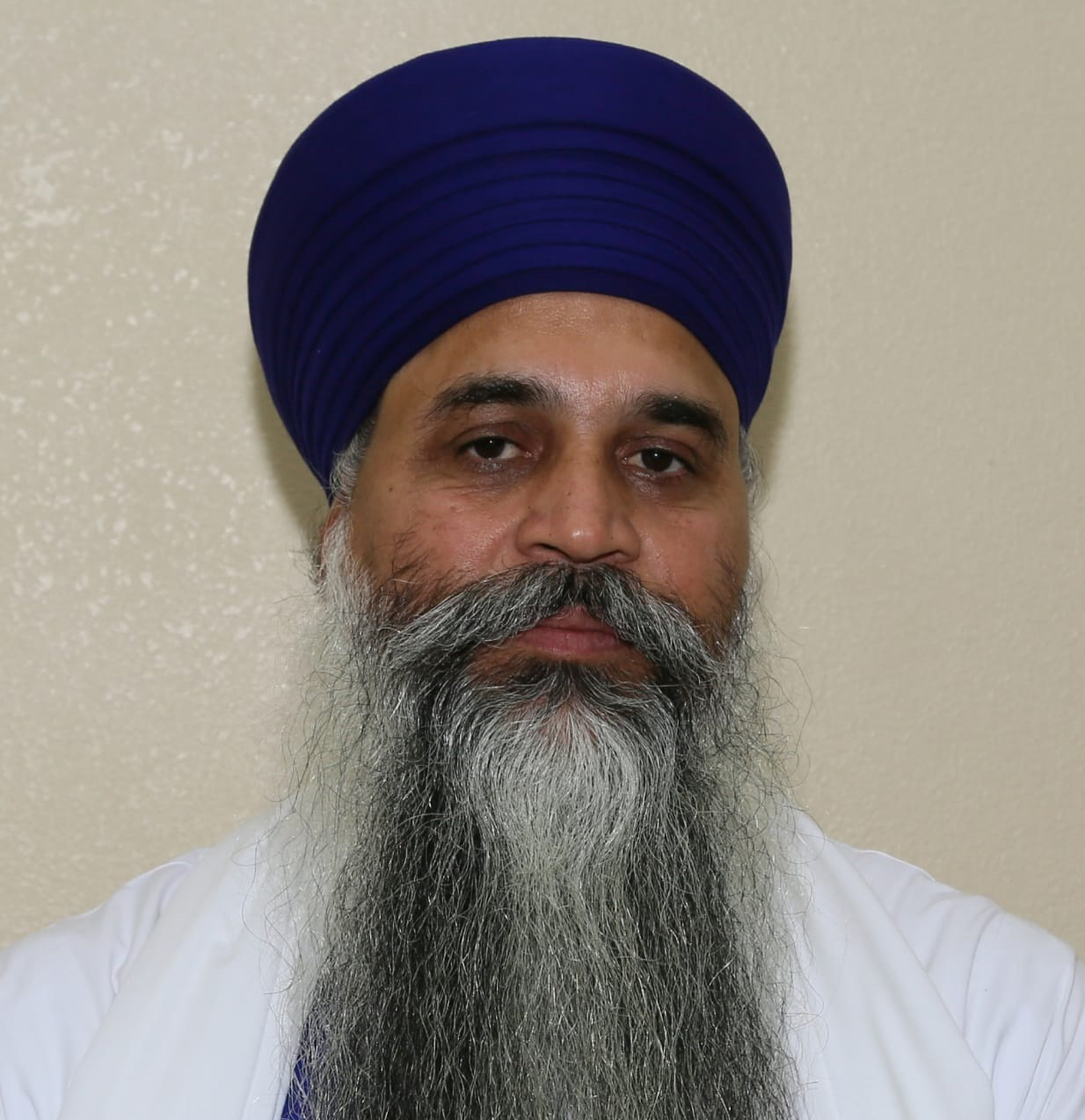 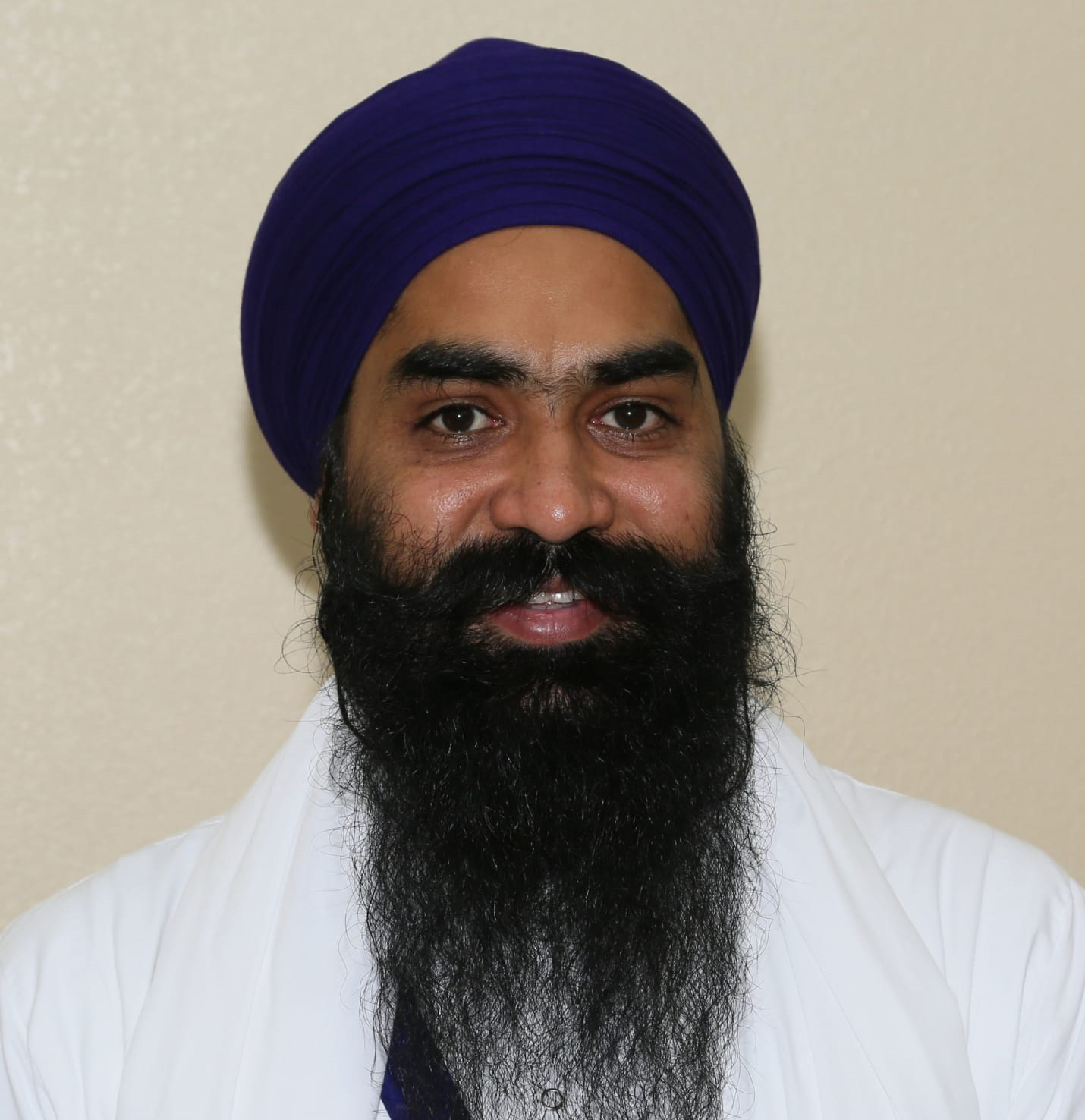 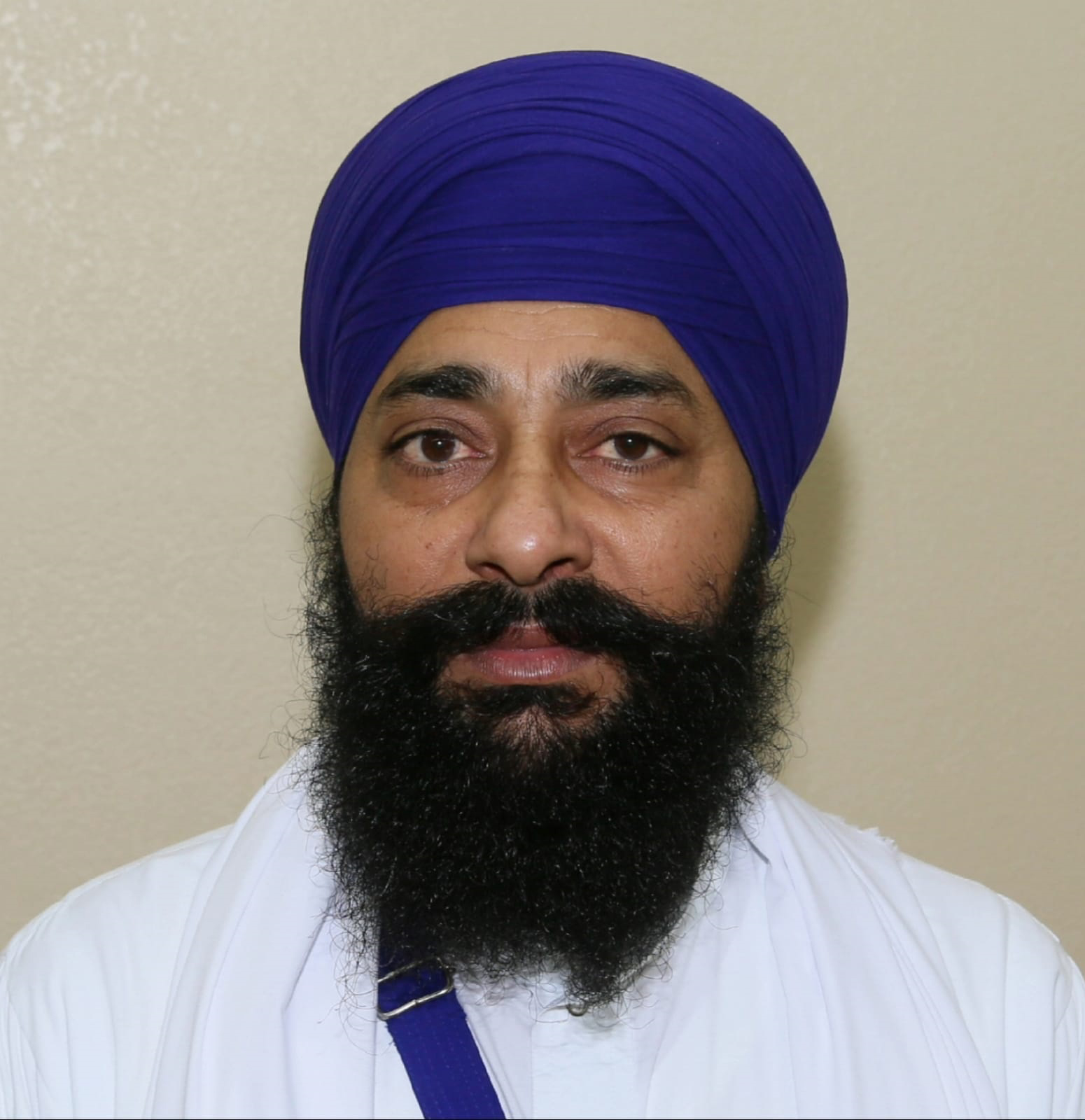 Initial Board of Directors